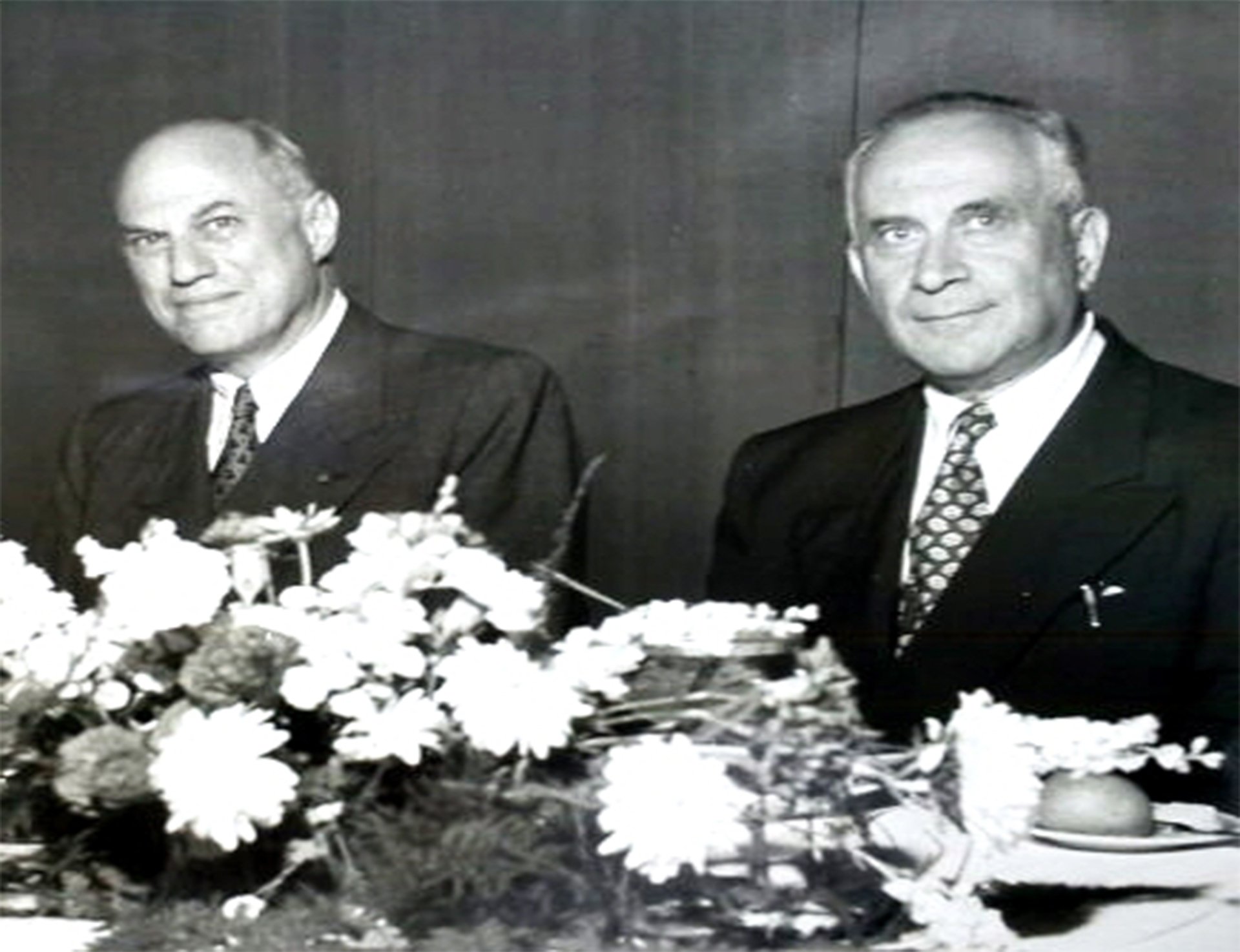 [1] Not to be confused with “Executive Committee,” the rubric used after 1959 to refer to the CIA (Comment by Ross Johnson)

*All pictures here and further are taken from the FEC/RFE Blinken OSA Collection. 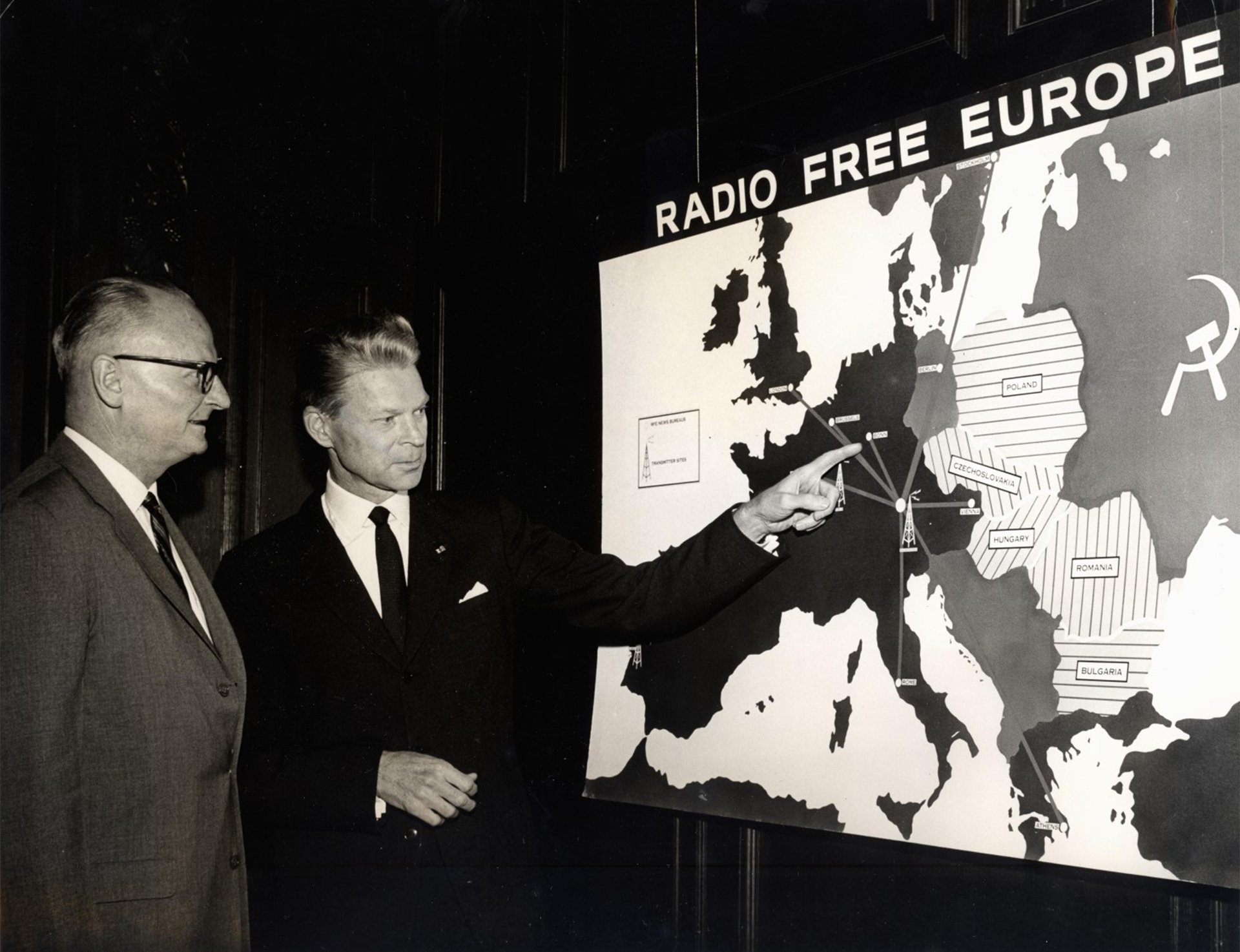 FEC – A National Council Division (NCD) was formed to conduct relations with the National Committees, exile individuals, and organizations

RFE – Approval given for the building of a medium wave transmitter in Holzkirchen, Germany

RFE – Board approved the installation of two shortwave transmitters in Biblis, Germany.

RFE – Approved the construction of a power installation at Holzkirchen, and a monitoring and receiving station at Schleissheim, Germany

[2] This Chronology is based on data taken from summarized an anonymized FEC document “FEC Board Meetings Highlights, 1949-1976,” without an indication of the precise date of creation. The complete set of original FEC Board minutes is available in the Hoover Library and Archives - RFE/RL Corporate Records. For more check:  http://www.oac.cdlib.org/findaid/ark:/13030/kt4489q9wz/dsc/#ref92
[3] Lange’s principal mission was to try and rent or otherwise arrange to use existing shortwave transmitter facilities (Comment by Ross Johnson) 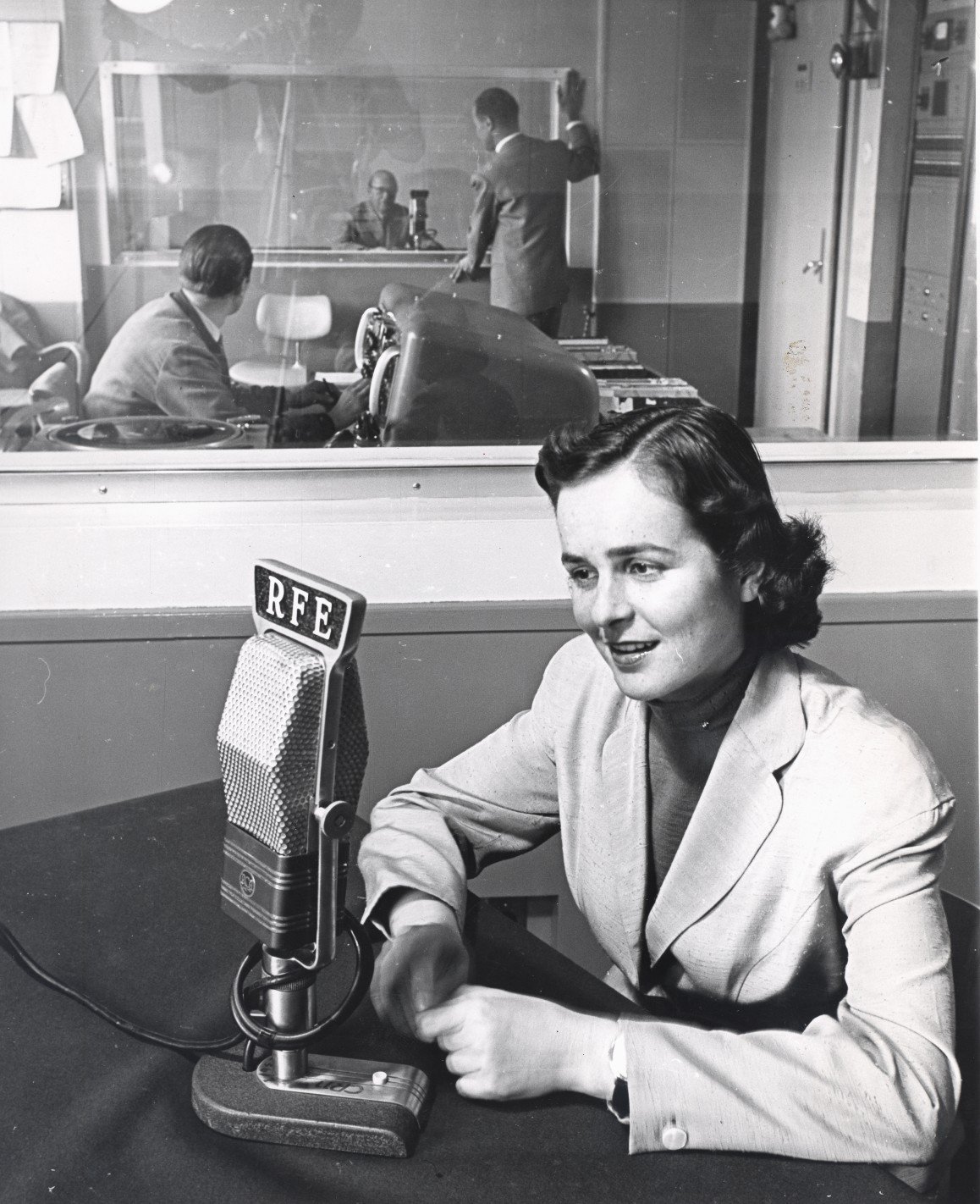 RFE - Lang requested additional funds to make RFE operational in Germany by May. Board agreed.

FEC – Poole reported the creation of a Free European University in Exile in Strasbourg, France

RFE – Initiation  of Hungarian programming was under study

FEC – “Santa Claus” operation discussed (Sending of penicillin and other drugs by balloons to behind the Iron Curtain). (The plan was never implemented) 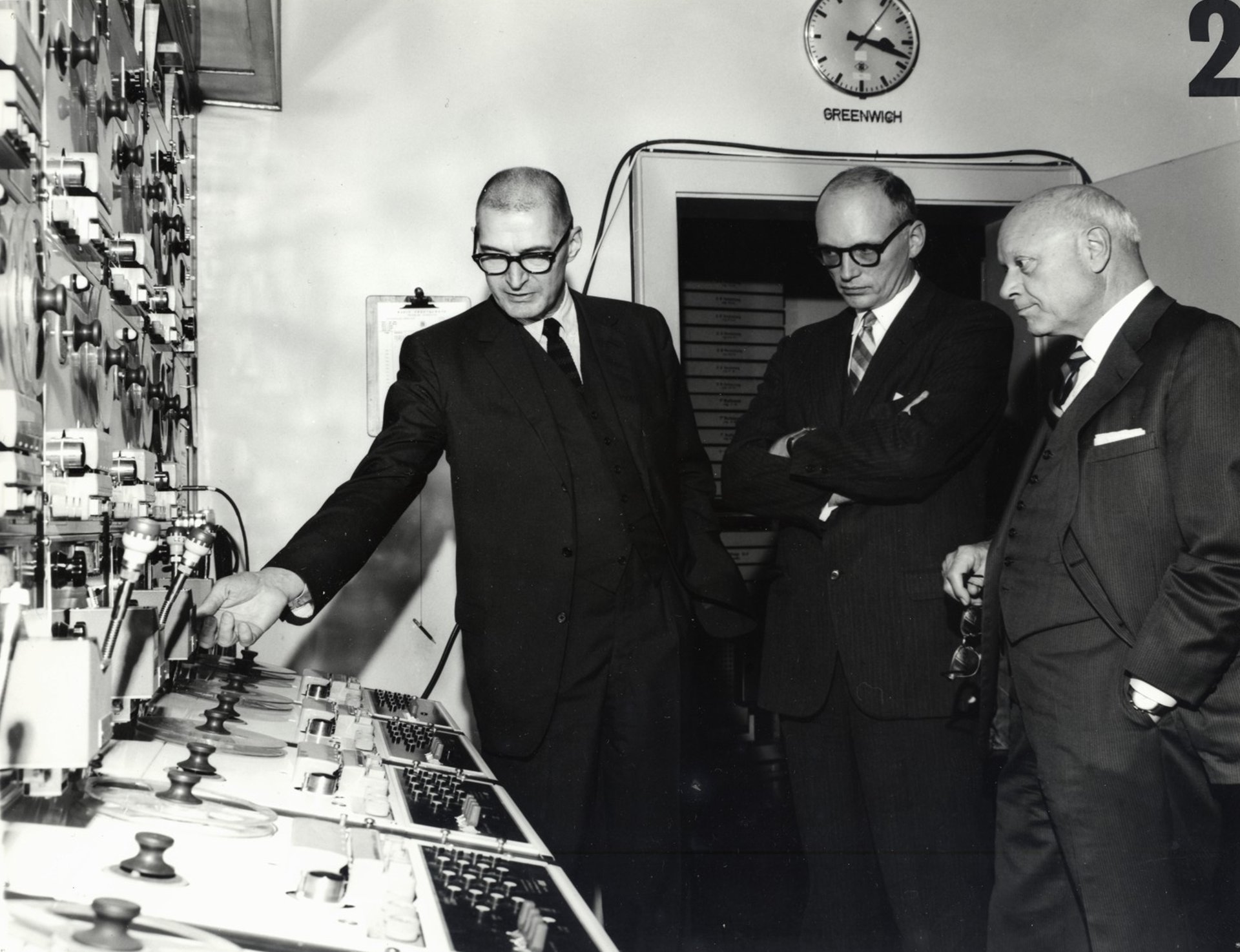 RFE – Lang reported on the use of  funds for Polish programming

RFE – FEC Board approved the sale of the Lampertheim station to the American Committee for the Liberation of the Peoples of Russia, for 85 000 USD 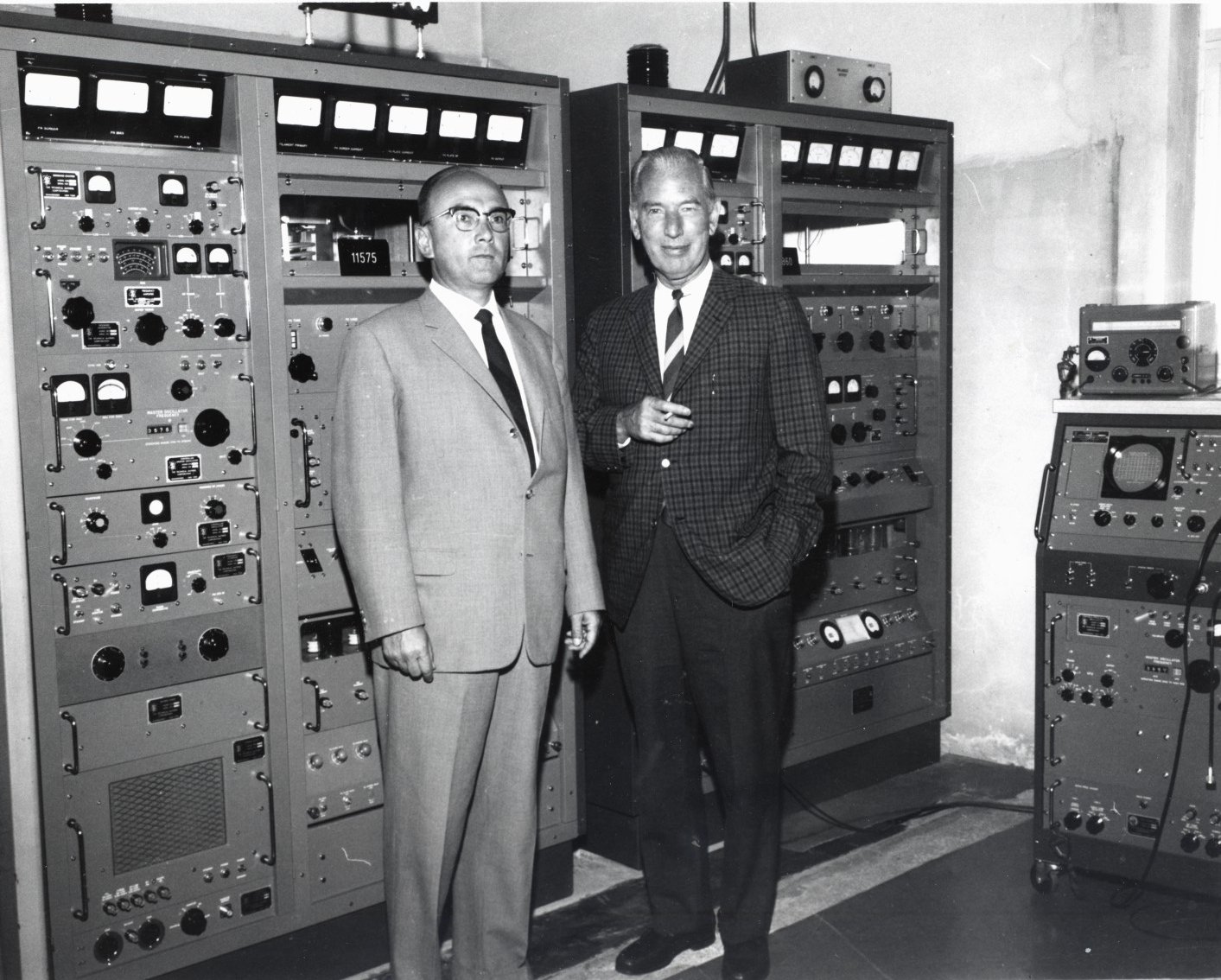 RFE – The idea of live broadcasting from Portugal was discussed and dismissed.[1]

FEC – Board agreed that a Strategy Board should be formed to coordinate all divisions. This group would be a panel of division chiefs who would meet frequently. De Neufville was appointed to serve as executive secretary for both.

[1] Portugal did have a small staff of broadcasters in exile as backup for live broadcasts if/when program transmissions from Munich were interrupted (Comment by Ross Johnson). 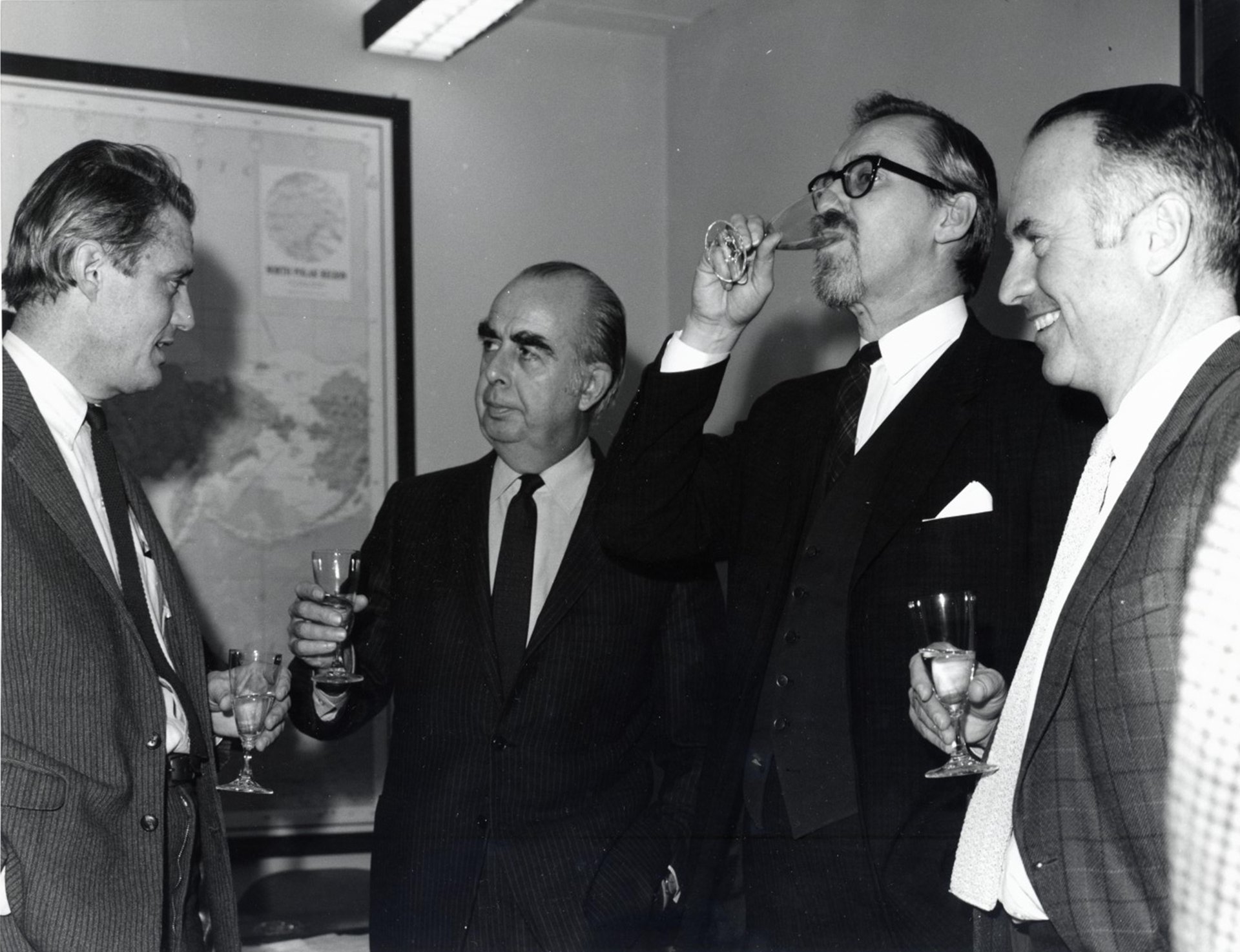 RFE - Board informed about Turkish project well received by officials. Board approved preparation for the moving of a mobile transmitter to Turkey from Cham, Germany. 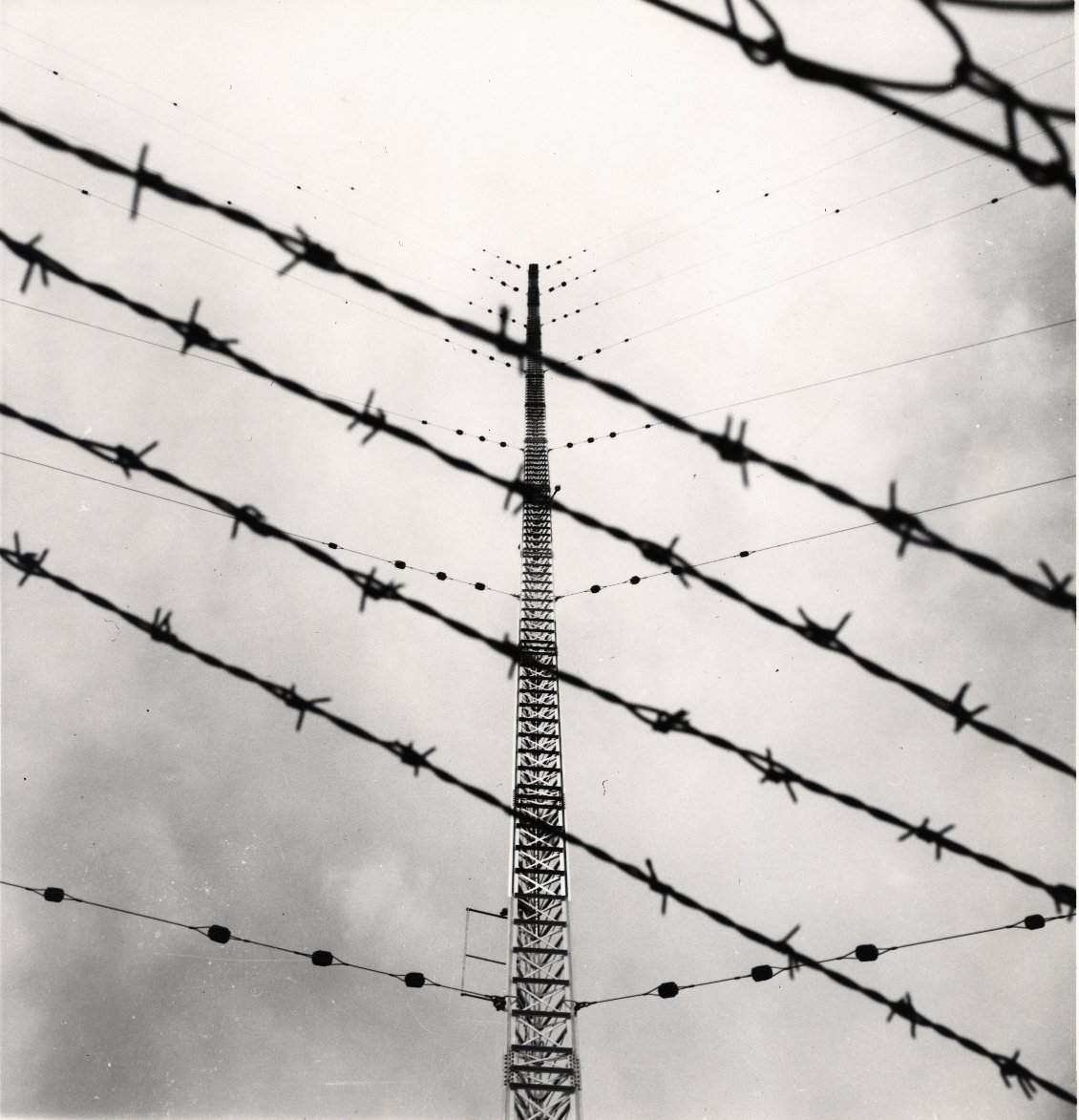 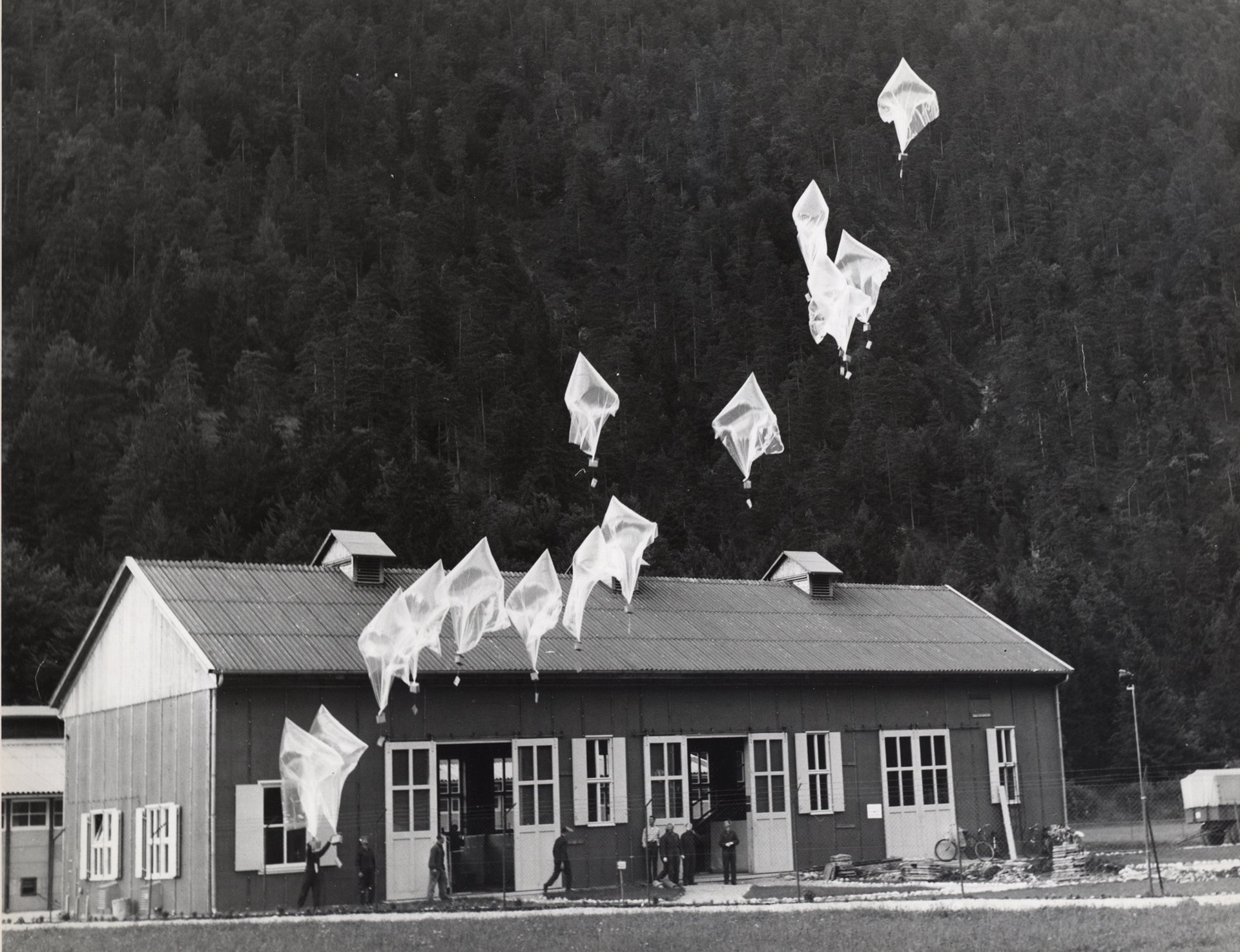 FRE – Granted an additional 5 151 000 USD in funds to open London office and to expand transmitter in Lisbon to counter Soviet jamming.

FEC – Number of Directors increased from fifteen to twenty

All balloon sites were deactivated. 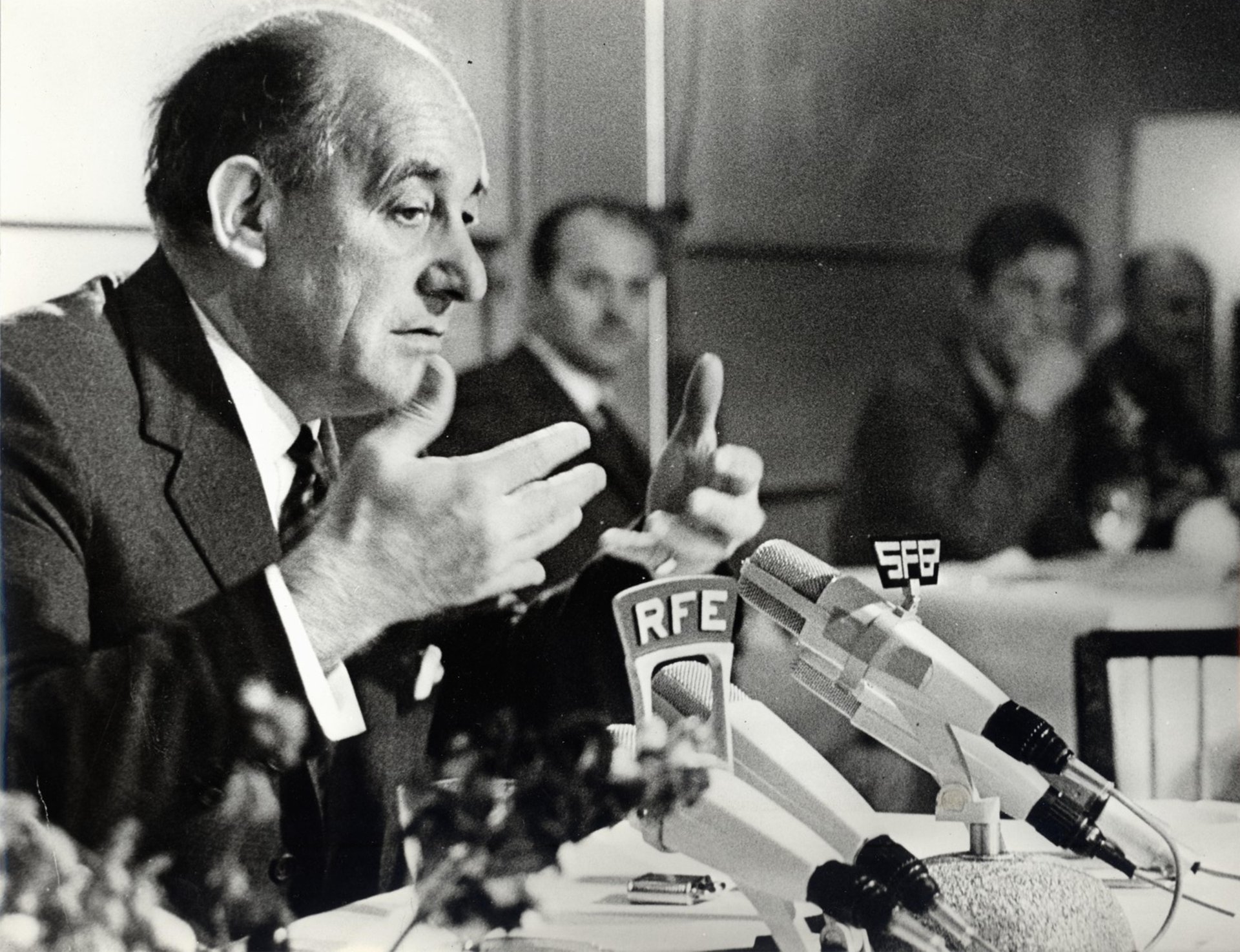 FEC – Board agreed to form West European Advisory Board

RFE – Consideration given to broadcasting to Baltic States due to a reduction of VOA coverage.

FEC Board agreed on a change to the FEC Charter  that permitted minor attempts to influence legislation.

FEC President informed the meeting of a change in financing FEC’s activities. The Crusade For Freedom Funds could be used to fund RFE and now also other FEC activities 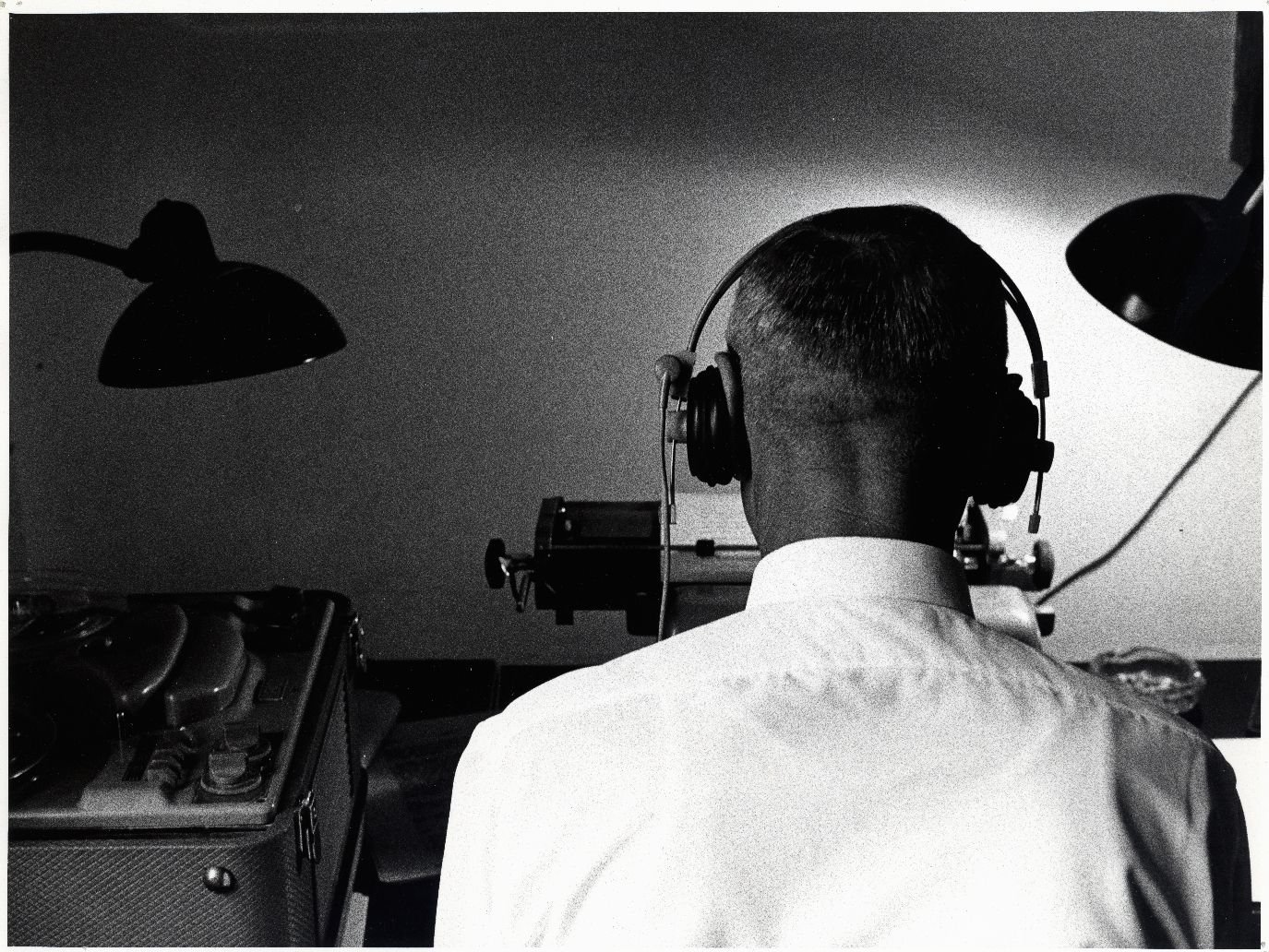 FEC paper “Evaluation of Current FEC Mission” to be distributed for WEAC meeting. The term “liberation” to be down played and “independence” used instead.

FEC – Office of the Vice-President for Administration was created. C. Rodney Smith was elected to the new post.

Certain WEAC members proposed to create a small organization in Europe similar to FEC. It was rejected due to lack of funds

FEC – Utilization of Echo Satellite was possible through the cooperation with the US government. Messages were sent to Bulgaria, Czechoslovakia, and Hungary

RFE – Board agreed on the reorganization RFE’s NYC office. The Office of Director was abolished and the post of European Director was placed directly under the President. Other organizational changes were adopted.

RFE – Office of the Director of Radio Free Europe was transferred to Munich and the former RFE headquarters in New York eliminated. The RFE programming unit in NYC remained unchanged.

RFE – 1 020 000 USD allocated for the new transmitter to be located in Portugal, Biblis, Germany or at a new location, due to increased jamming and competition

RFE – Burks, Deputy Director for Political Affairs in RFE Munich, explained that RFE policy was a strategic operation, i.e. kept contact with the target areas, preserved hope, and functioned as a free channel. RFE was also engaged in a “tactical assault” in a major effort to undermine Communist morale and unity. 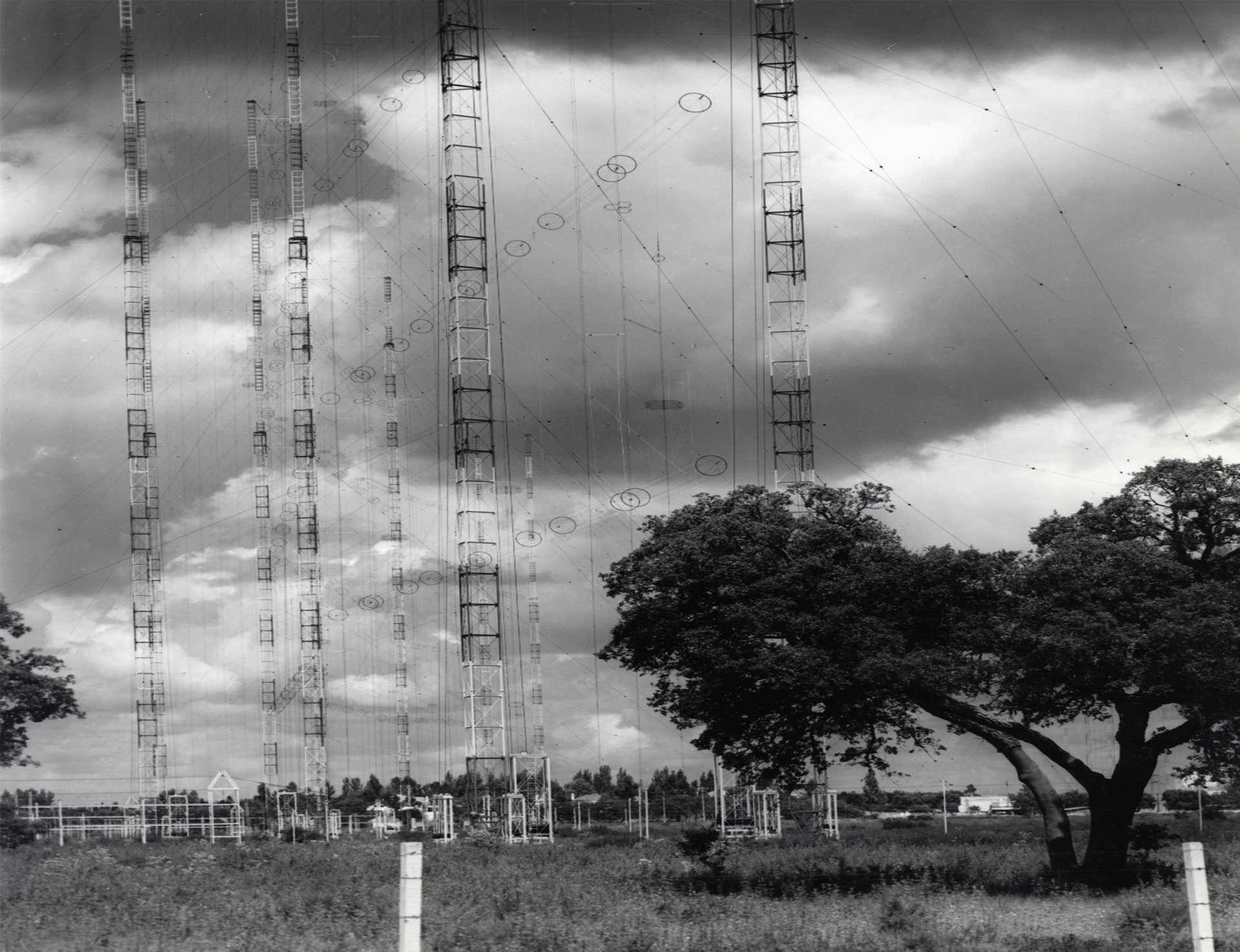 RFE – The four requested transmitters were expected to be in service by Sept. 1963

RFE – Richard C. Rowson, Deputy Director of Policy, reported on the recent policy symposium (the purpose of which was to bring together the FEC policy group, RFE policy Board, top experts from NYC and Munich, Munich broadcast Directors and NY desk Chiefs and consultants). (Document to be on display).

RFE – Rowson outlined RFE objectives: to work for greater freedom from Russian interference in internal affairs and to bring about the diffusion of power outside the communist party to new non-communist party elites and other strata of society.

FEC – Discussion of closing of the London and Vienna offices in response to budget crisis. Finally, Vienna office was closed and London office remained. 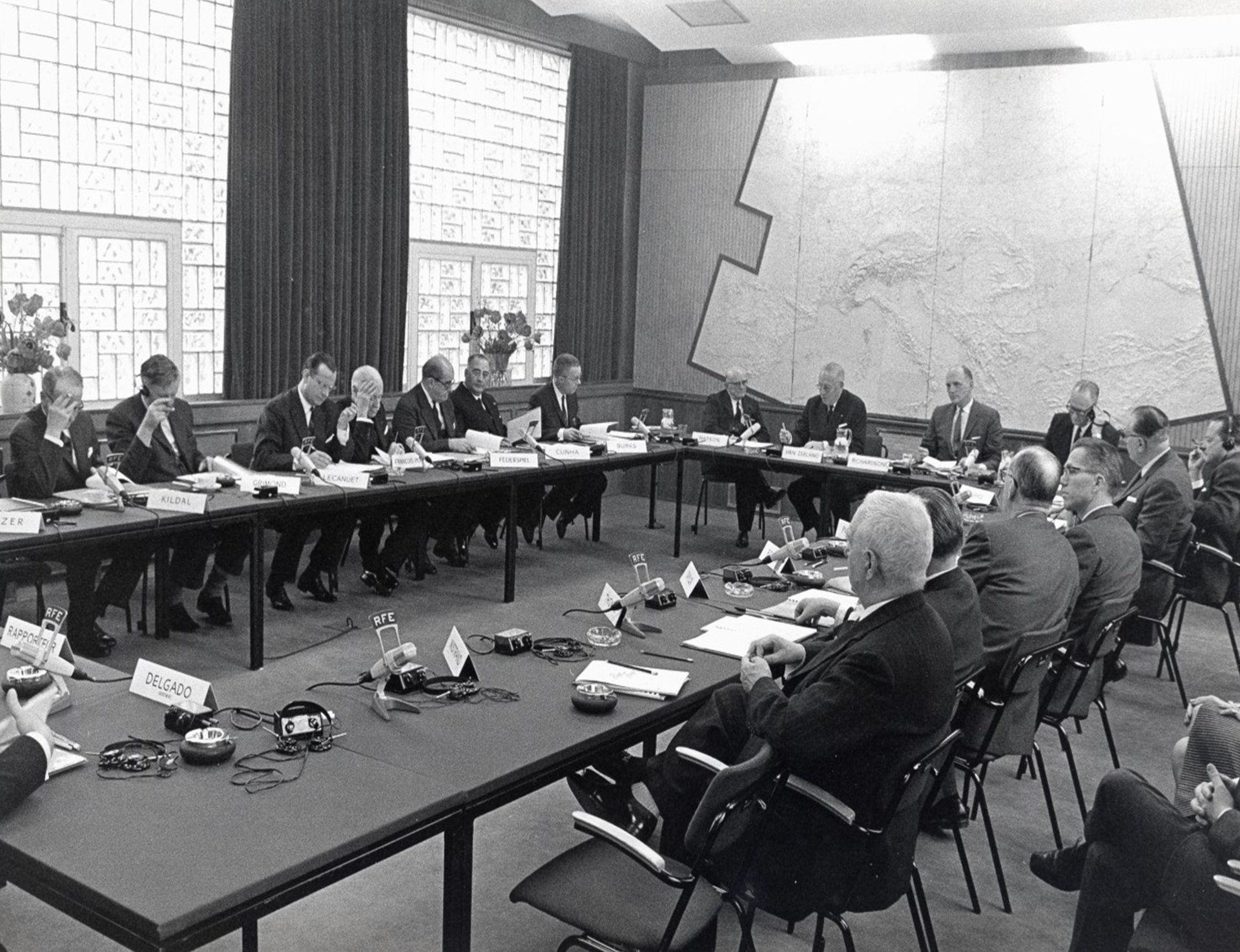 FE – Whitney H. Shepardson, former President, life time Honorary Member of the Board died on May 29, 1966.

RFE –A new budgetary process was established which reduced the possibility of a budget crisis: a five year RFE Capital Plan.

FE – Newly created sub-committee of the Boards of FE, Inc. and the RFE Fund reaffirmed.

FE – Discussion of the Katzenbach Report to accept proposed transfer of funds for the operations of FE, Inc. and RFE

FE – Clay presented a plan for consolidation of the Boards of RFE Fund and FE, Inc.

RFE – Mission of the Radio was defined as to sustain the spirit of freedom among the peoples of Eastern Europe. It was stated that it could not be accomplished in the short-run but most likely through several generations

FE – Certification of Incorporation was amended. It provided an increase in the maximum number of Directors from twenty to thirty 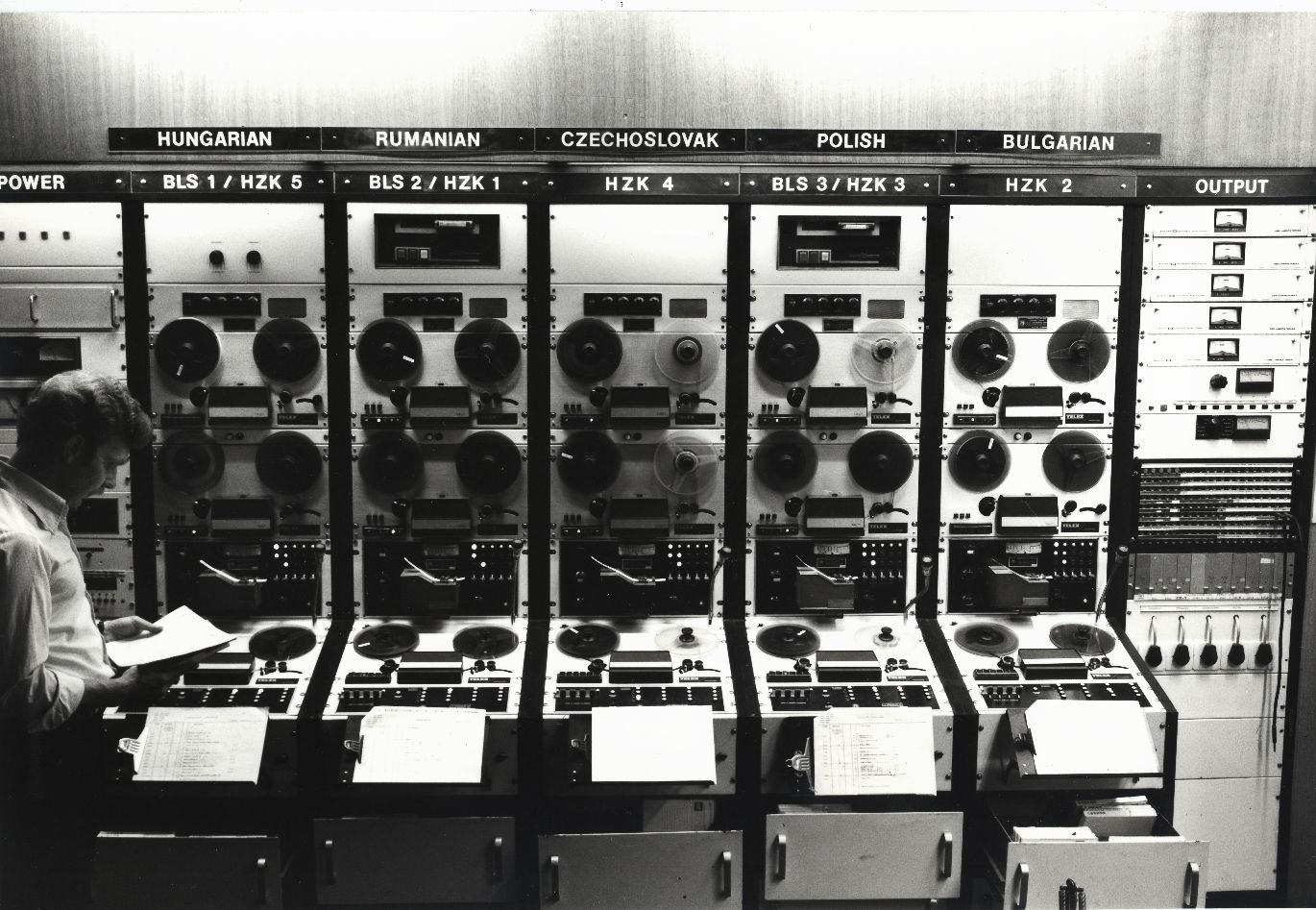 FE – The Primary Sponsor agreed to fund FE, Inc. for 1972 and 1973 with appropriate increase to compensate for inflation. It led to the lay-off of 30 people from the RFE office in NYC. The primary sponsor agreed to the Program of Modernization

FE – Jamming resumed in Czechoslovakia while Bulgaria continued to jam heavily. Poland maintained some out of country jamming. There was little or no interference in Hungary and Romania

FE – Since 1962 non-radio expenditures were reduced from 5.1 million to 1.4 million USD. Nothing was left but the operation of  the radio and its administrative support

FE - Polish complaints sent  to Foreign Office of West Germany resulted in a request to RFE to moderate their broadcast to Poland. The Board expressed concern that the West German authorities might withdraw RFE’s license.

FE – Discussion of Senator Case’s announcement regarding RFE’s government relationship. State Department was considering some alternatives to the present funding arrangements while achieving the same purpose

FE – The State Department concluded that the best alternative would be the establishment (by the US Congress) of an independent, privately incorporated non-governmental corporation to serve as the funding channel.

FE – The German Government indicated its preference that RFE’s support should come through another agency and the connection with the CIA should be terminated.

FE - Presidential Study Commission’s Report was delivered to White House on Jan. 31. 1973. It recommended the formation of new Board responsible for allocating funds for the radios (BIB – Board for International Broadcasting)

FE – Plans for consolidation included retaining the two Boards of Directors with separate Chairmen, and appointing a single President for both organizations and a single Field Director. The two corporations (RFE and RL) would maintain their respective broadcasting departments with a single support staff providing technical and administrative services for both.

FE – Directors looked at a document in which two Presidents had agreed that they would resign from their respective positions  as of 1.1.1976. Meanwhile Durkee took primary responsibility for carrying out the consolidation plans in Europe, while Sargent took on the same task in the US

FE – BIB sent a letter to Senator Tummey (published in Congressional Record), which - according to Durkee - contained false and seriously misleading statements together with unsubstantiated criticism of the Radios’